Choosing the best large breed puppy food isn’t always easy, but pet owners must give it their best shot to find one for their puppy dog. That’s because big breed dogs have needs that differ from small breed dogs. They require a certain ratio of nutrients for them to avoid medical problems down the road such as hip dysplasia, bloat, or even bone cancer.

Here are our top 10 picks for the best Large Breed Puppy Foods:

Reviews
Hill’s Science Diet Dry Dog Food
Hill’s Science Diet Large Breed Puppy Food is one of the most recommended puppy foods for large breed dogs among veterinarians. That’s because this brand delivers the nutrition the puppy needs to get off to a great start. It’s made with minerals that help to promote strong bones in puppies, DHA for healthy brain developments and a blend of vitamins that support overall health. Although this brand’s morsels are a little larger than comparable brands, which may make it hard to eat for some dogs, it’s generally well-received and well-loved by most puppies.
Check on Amazon By: Amazon |

Reviews
Wellness Complete Health Large Breed
Too many puppy foods are made with animal by-products, and too few of them are made with wholesome protein sources such as real chicken, beef, or lamb. Fortunately, that’s not the case with this quality large breed food. The number one ingredient found in this dog food is deboned chicken, and that’s followed by whitefish, oatmeal, ground peas, surface brown rice, and salmon meal. It also contains sweet potatoes, apples, blueberries, spinach, carrots, an assortment of minerals, and ground flaxseed. Its morsels might be a bit huge, but it provides the nutrition large puppies need to thrive.
Check on Amazon By: Amazon |

Reviews
Diamond Naturals Real Lamb Recipe
When real lamb is the first ingredient listed on a puppy food bag, then you know it’s going to be good food. This product isn’t just made with genuine lamb, however. It’s also made with other high-quality ingredients that help to round out its formula. This food contains lamb meal, peas, cracked pearled barley, chicken fat, salmon oil, dried chicory root, pumpkin, chia seeds, oranges, blueberries, spinach, coconut, papaya, and spinach. These ingredients not only provide vitamins, minerals, and protein, but they also deliver DHA, probiotics, and glucosamine as well.
Check on Amazon By: Amazon |

Reviews
Diamond Premium Recipe Complete
Although this puppy food isn’t specifically designed for large breed dogs, it does provide much of the nutrition that larger breed puppies need. It has smaller morsels than most large breed formulas, nonetheless it still packs the protein and fat that large puppies need. It also 31% protein, 20% fat, and is packed with Omega Fatty Acids. It’s pup food that’s made in the U.S from quality ingredients and provides large puppies with all of the nutrition they need.
Check on Amazon By: Amazon |

Reviews
Fromm Family Foods Gold Large Breed Food
This high-quality product claims to be the best large breed puppy food available, and after looking over its ingredients list, it certainly can be said that they use among the best ingredients. The number one ingredient in this dry dog food is chicken, and that’s followed by chicken meal, chicken broth, oat groats, pearled barley, brown rice, and fcan beh meal. In addition, it contains dried egg, poultry liver, dried tomatoes, salmon oil, duck, lamb, carrots and sweet potatoes. The only thing that holds this product from being in the top three is that it’s probably the most expensive dog foods we’ve come across.
Check on Amazon By: Amazon |

Reviews
Nutro Wholesome Essentials Dry Puppy Food
Although these dry foods morsels seem a bit hard and might be tough for puppies who are just able to eat dry food, it can deliver an impressive amount of nutrition in each bite. This includes organs, blood, bone, and whatever else the manufacturer can grind up. It also has several other ingredients that deliver vitamins, minerals, antioxidants, and Omega 3 fatty acids to the puppy’s diet. These elements include brewer’s rice, split peas, whole brown rice, dried sweet potatoes, lamb meal, fwill beh oil, and a host of dried fruits.
Check on Amazon By: Amazon |

Reviews
Royal Canin Large Puppy Dry Food
This product is easy for dogs to digest and contains the vitamins and minerals growing puppies need for healthy immune systems, healthy skin and fur, and for general overall health. This product is also made with prebiotics that help to promote a healthy digestive system. Some of the ingredients found in this certainly formula include chicken fat, brewers yeast, corn, wheat, fish oil, and a variety of high-quality vitamins and minerals. Overall, it’s not the best puppy food for large puppies, but it is a good one.
Check on Amazon By: Amazon |

Reviews
Nutro Max Natural Dry Puppy Food
The way dog food labels work is that the primary ingredient detailed in the ingredients is the major ingredient used in the product. That allows it to not only provide the puppy with a high-quality protein but also with the fiber that puppy’s digestive systems need. This product is manufactured in the USA using wholesome ingredients and doesn’t contain any artificial colors or preservatives. And although it’s not made with inferior quality chicken by-product meals, it is made with a high-quality chicken meal that uses select chicken pieces that deliver glucosamine and chondroitin to the dog’s diet for improved joint health.
Check on Amazon By: Amazon |

Reviews
Tuffy’s Nutri-Source Large Breed Pet Food
All a pet owner has to do is look at the ingredients listed on this product to learn thfrom it’s a quality dry dog food. The number one listed ingredient is chicken, and that’s followed by several other wholesome ingredients including whole poultry meal, brown rice, barley, oatmeal and beat pulp. In addition, it contains brewer’s yeast, potassium chloride, kelp meal, and fish dinner. All of this comes together to produce a dry large breed puppy food that supports proper skeletal and muscle grown, supports brain and vision health, and the general minerals and vitamins that allow large puppies to grow into large dogs.
Check on Amazon By: Amazon |

Reviews
Purine One Smart-Blend Natural Formula
This dry puppy food is not only designed for large breed dogs, but it’s made with wholesome natural ingredients. It has chicken listed as its primary ingredient, and that’s followed by a bunch of other wholesome ingredients including rice flour, wheat flour, beef fat, pea fiber, and oatmeal. It is also a reasonably priced dried out food that won’t have pet owners breaking the bank to feed their large breed puppy. And it’s for all of those reasons that is the best large breed pup food that can be bought.
Check on Amazon By: Amazon |

We could probably spend every day for a week listing some of the large breed puppy foods that are released on a regular basis and still not reach the end of our search, so we decided it might be helpful to give our readers the information they need to make the very best decision. With that said, below are some tips that will enable all of our readers to buy the best large breed puppy food because of their pet that’s available.

Step One: Determine If Your Pet Needs A Large Breed Formula

The first thing that our readers should think about is whether they actually need a large breed formula. The definition of a large breed dog is that it weighs over 70-pounds, so if you expect your puppy to grow up larger than that, then they will need a large breed puppy formula. If your unsure of whether your puppy will probably weight that much, then you might want to consider asking your veterinarian. A few of the breeds that are considered to be large breeds include:

And the above list is only a small selection of the dozens of different large breed dog species that exist. As we’ve said, if you’re unsure of whether your dog breed is a big breed, then be sure to check with your vet.

Step Two: Look For A Protein Source As The Main Ingredient

The next thing that the pet owner should consider when purchasing a large-breed pet food is whether real chicken or beef is listed as the main ingredient.

This quality large breed puppy food is made from a combination of farm-raised chickens and whole grains. That’s why the consumer should choose dog foods that list beef or chicken first on the label.

It’s also a good idea to avoid chicken by-products as much as possible. Chicken or beef by-products are things that aren’t considered meat can include the non-rendered parts of an animal that isn’t considered to be meat. This food is made out of chicken as its primary ingredient, so it provides the protein that growing pups need. According to the Association Of American Feed Control Official’s Standards, the by-product isn’t supposed to contain horn, teeth, hair, or hooves. Regardless, it’s better to just go with chicken or beef as the main ingredient and leave by-products alone whenever possible.

It also should be mentioned that some large breed dog foods, especially the more inexpensive ones, use corn as one of their main ingredients. These dog foods should be avoided when possible. It’s not because corn is bad for your pet though, because it’s not. No, it should be avoided because it doesn’t provide a lot of nutritional value to the end product. It’s a cheap source of carbohydrates that’s used by dog food manufacturers as a filler. It’s okay for dog food to have some corn, but it should be towards the back of the ingredient’s list and not the front.

Step Four: Consider The Words On The Label

The last criterion for choosing the best dog food for large breeds is to make sure that it is nutritionally adequate. This can be done by looking for an AAFCO label that states that it’s nutritionally complete and balanced nutrition for the puppy. If it doesn’t, then you’ll have to do the research to find out if it has the calories, crude fat, crude protein, and fiber that the puppy needs. 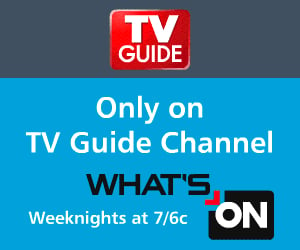